The report offers a broad overview of the global HDD industry. The study comprises comprehensive datasets that include market sizing, segmentation, and regional analysis. The market estimates is provided from 2015-2025 and 2018 is considered as the base year of estimation.

Horizontal directional drilling (HDD) is a trenchless method that has a very minimal impact while installing utilities. HDD can be utilized with various pipe materials polyethylene, PVC, ductile iron, polypropylene, and steel. HDD allows installation without the excavation of soil hence it has minimal environmental impact and at the same time it reduces the cost and time of drilling.

Technological advancement in the field of drilling have allowed the energy industry to reach new sources of natural gas and oil to meet increasing demand across the globe. New drilling technologies have lower greenhouse gas emission and have also helped reduce the environmental impact. For instance, HDD is likely to result in nearly 70% lower greenhouse gas emission in comparison to traditional drilling.

Major players across the globe such as Ditch Witch, Baker Huges and SchlumBerger are stating that technology development in the field of drilling will play a serious role in the drilling industry since it enables reach to tough or isolated locations. HDD is also valuable in the development of challenged reservoir along with the detection of new resources that earlier were not profitable to produce.

For instance, HDD first took pace by early 1980s owing to the need of more sophisticated technologies that were already available in the market. Initially oil & gas was the only sector for the HDD application, however during 1990s HDD saw an optimistic market expansion in the field of telecommunication and was largely used in U.S. to install fibre optic cables. 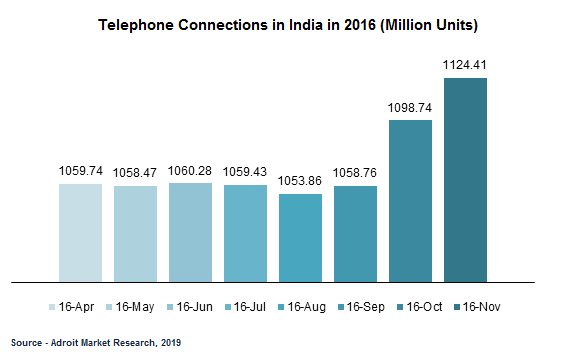 This trend of utilizing HDD in areas other than oil & gas has been showing an optimistic growth in developing economies such as India, China, UK, Netherlands, Germany, Russia, Saudi Arabia, etc. Future of the HDD is expected to be in the hands of fibre optic and telecommunication along with other underground utilities such as gas, water, and sewer networks.

Key players in the field of horizontal directional drilling include,