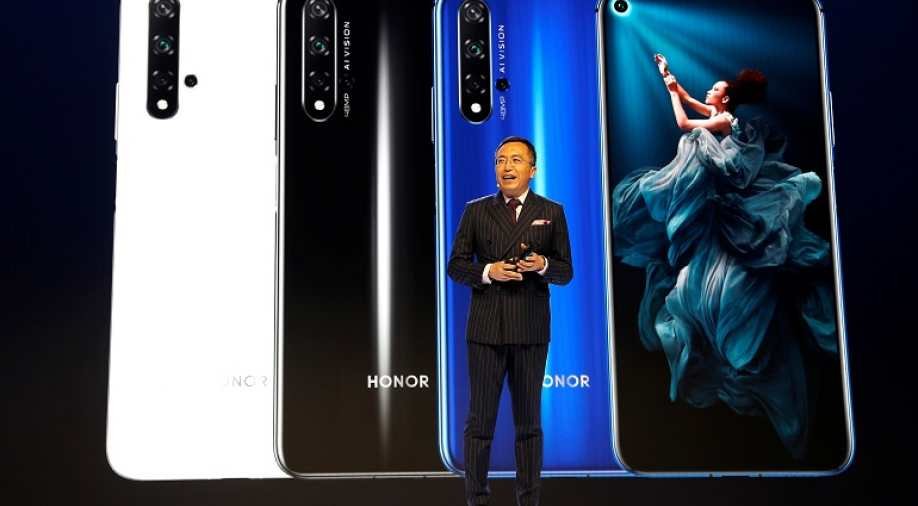 Huawei put uncertainty about the future of its device business on Tuesday at the launching of new Honor smartphones. The world’s second largest phone making company runs its devices on Google’s Android platform outside the china. However the United States Commerce Department stopped Huawei from purchasing United States goods last week.

The U.S. Currently eased limitation on Huawei on Tuesday. They permitting it license to buy United States goods till 19th August. Means that upgrades of Google apps such as YouTube and Gmail may continue until then.

“No matters what happens, what king of challenges… smile and overcome them,” he said the audience, a mantra which could apply equally to company as to its young consumers.

“We will communicate and talk with the world by using our new products, innovations, and technology,” he said. As he presented the Honor 20 Pro smartphone, which features 4 rear cameras, comprising wide-angle and telephoto, along with a 48 megapixel main camera.

Associate VP (Devices) Francisco Jeronimo, IDC, states that Honor has been fruitful for Huawei as the demand that went way beyond the young consumer they were directing.

"It is the most important brand for them to address lesser price without harmful the Huawei brand. However, with the judgment on Sunday, the whole things are changes. There are number of queries that no-one can answer yet," He said.

Zhao emphasized a triple-layer back panel which provides an illusion of depth to colors such as “Phantom Black” and “Phantom Blue” on the 20 Pro.

A Huawei spokesperson reported the smartphones has been certified by Google before announcing any limitations. However, the Honor 20 Pro will available at a 599 euros (USD669), he said.