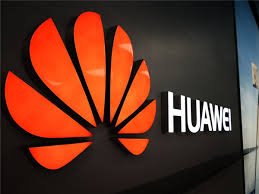 Huawei Technologies revealed on Wednesday a novel database management system, to expand its business and challenge Western competitors such as Oracle Corp, among rising scrutiny over its major telecom business.

The company said in statement, its new software of database management, called GaussDB, is sponsored by AI (Artificial Intelligence) and operates locally as well as globally.

The company is trying to grow its promising enterprise service business, a sector accounting for about 10% of its revenue. However, its smartphone business endures to grow its revenue in a shrinking market across the globe.

Industry consultancy IDC stated in a report that, China’s management software market and cloud system is expected to raise to US$650 million in 2023 from US$105 million in 2018 which is driven by rising demand for cloud service. However, Huawei is one of the largest player with one fifth of the global market, followed by United States firm VMware.

“But in recent years, due to the rapid development of public cloud services, with several enterprises transferring to the cloud, they also turn into cloud-based databases.”

Alibaba Group is the one of the largest cloud service provider in the China with around 43% of the market. United States leading software giant Oracle formerly this month dismissed near around 900 jobs in China, 60% of its employees there - as part of a company- media outlets, wide restructuring, according to the report.

Oracle mentioned in a statement, that as the cloud business raises, they will persistently balance the capitals and reorganize development group to aid ensure we deliver the better cloud services across consumers in China.