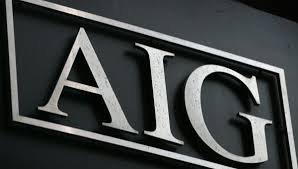 American International Group Inc., best known as AIG is poised to kick start novel operations with the establishment of AIG Re. This America based insurance corporation chose to unify its disparate reinsurance operations into a cohesive global enterprise under the brand. AIG Re. The various operations under this comprise Validus Re, AlphaCat, and Talbot Treaty. Post its acquisition of Validus Holdings in July 2018, reinsurance platform, Validus Re, securities asset manager, AlphaCat, and a range of other entities besides Talbot were rightfully under AIG kitty.

The newly formed entity will be chaired by the veteran Christopher Schaper who formerly headed as CEO of Marsh LLC's general agent business, stated AIG spokesperson. Schaper is expected to commence operations from the 1st of next month. In his role, Schaper is expected to restructure and monitor AIG Re's holistic reinsurance strategy with keen expertise in delivering disruptive reinsurance as well as capital market solutions, added AIG spokesperson. Adding further, AIG assumes Christopher Schaper as best suited for the job owing to his rich experience that will allow him to maneuver innovative revenue pools besides mitigating unaddressed risk factors, eyeing smooth investments in alternative capital.

Schaper is highly valued for his celebrated, rather long career in insurance and reinsurance markets, boasting of over three decades of proven track record. Before serving at Marsh for nearly three years, Schaper was the president of Montpelier as well as the chairperson of Blue Capital, a capital markets fringe of the same company. Based at Bermuda, Schaper will be reporting to the President and CEO of AIG General Insurance, Peter Zaffino.